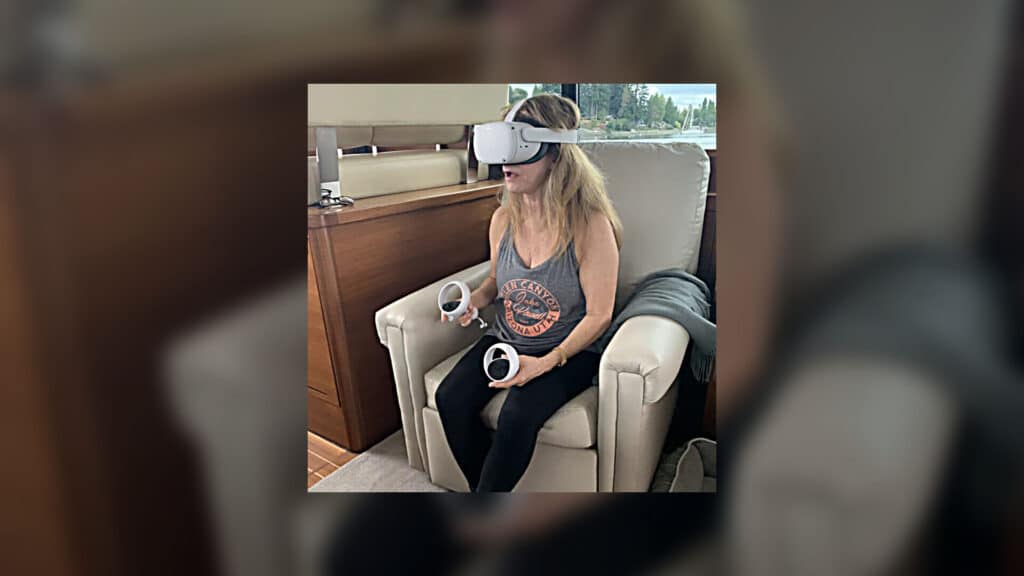 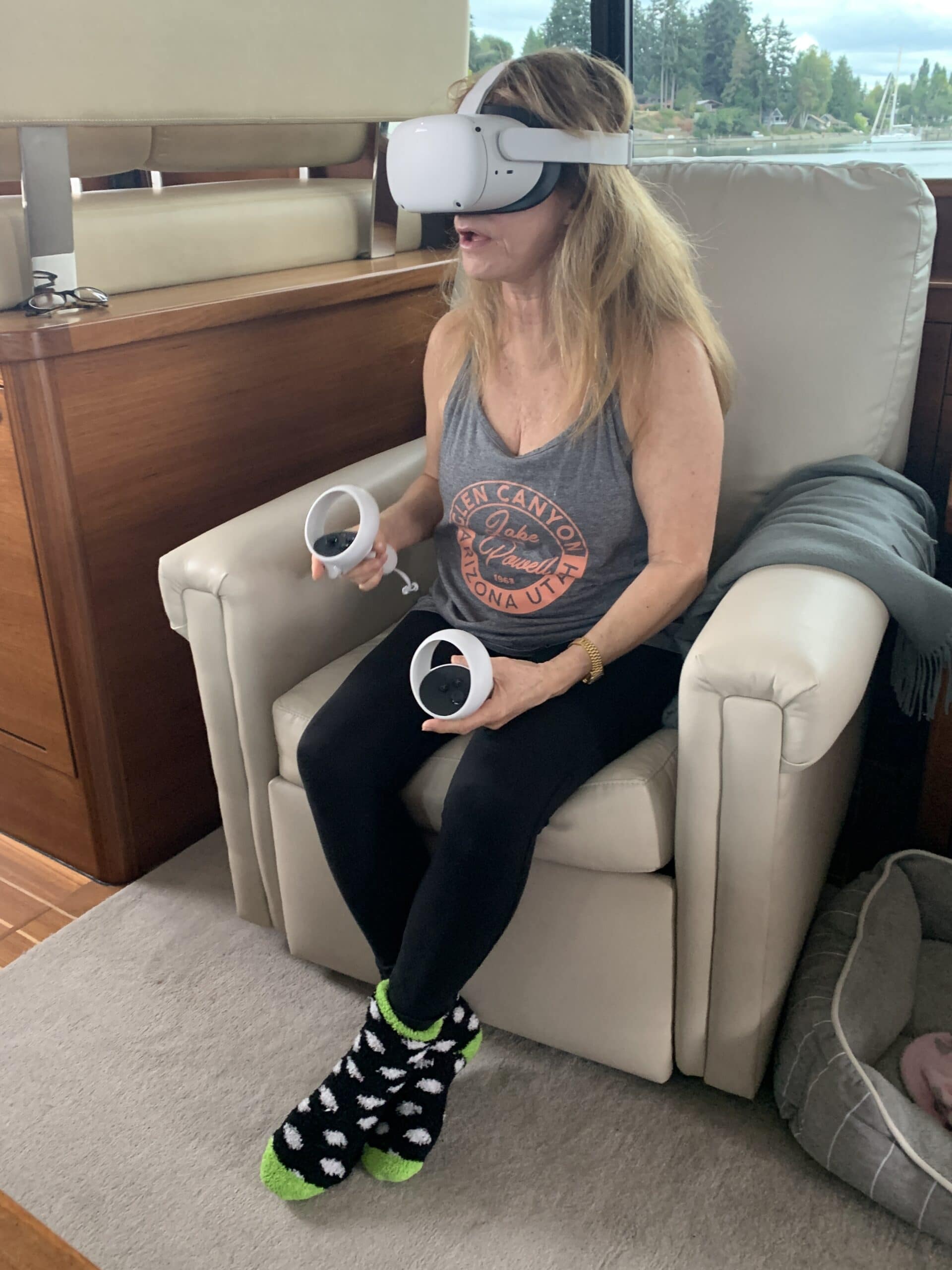 Roberta Williams, trying the VR version of the game

I am doing the coding on the desktop version of the game. Meanwhile, Cidney Hamilton, a software engineer who worked with some other Sierra alumni, Lori and Corey Cole, has been working on adapting the code to run on the Oculus Quest 2 VR headset.

Converting the game for VR has been far more work than I originally thought. We’ve mostly been struggling with two issues.

1) Frame rate. Marcus has been generating incredible graphics and a beautiful 3d Universe. But, both he and I are working on fast PCs with high-end 3d hardware. The Quest 2 is an incredible device but in order to fit within its memory and performance constraints, we’ve had to redo many of our graphics, keeping the beauty but reducing the number of polygons. In reality it is a good thing and has boosted the frame rate for both the desktop and VR versions of the game.

2) User interface. The biggest issue, and the one that has Cidney working late on a Friday night, and as I type this, sitting at her computer on a Saturday morning, is the user interface. At the beginning of the project I didn’t really “get” the differences in controlling a game using a mouse or joystick, as opposed to controlling it via the hands (or wands) that one has in a VR world. I also underestimated the issues associated with motion sickness. Rapidly turning the world around you can quickly make a player nauseous. Poor Cidney has had to endlessly experiment with various methods of moving through our 3d world, some of which were enjoyable, and some of which quickly resulted in extreme disorientation and dizziness.

The good news is that we are focusing on these issues early in the project and knocking them down one by one. And, of course the “better news” is that we are liking the end result. We just produced a playable demo of the first 5% of the game that we showed a small audience under non-disclosure. It’s still not at a level that I’d be willing to show it in public, but for us it was a major milestone.

I’m still not sure when the game will be ready, or when we’ll have something to show publicly. We’re having fun making the game, and it is looking better by the day. Our team is tiny, so we can’t always move as fast as I’d like, but major forward progress is steadily happening.

Ps In the picture above you can see Roberta playing the VR version of the game while on our boat. Roberta and I spend most of our summers living on a small boat cruising randomly from place to place. We consider our boat a portable home, and love that we can change the world around us anytime we want. We cruised over 20 countries on our last boat and have a new boat we are breaking in now. We are looking forward to many more real-life adventures in the future!