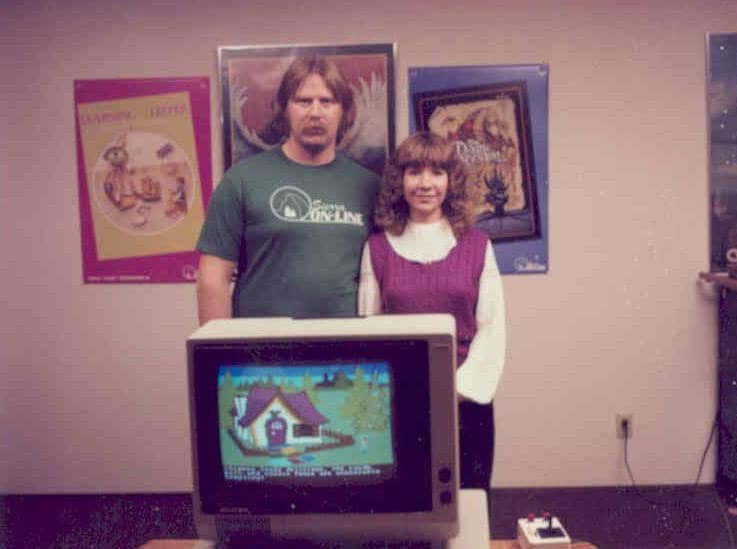 Pioneering adventure game developers are working on a revival of Colossal Cave Adventure.

After officially announcing their return to games last year, Sierra On-Line founders Ken and Roberta Williams are ready to show off their new project. Previously referred to as The Secret, it will be a “reimagining” of Colossal Cave Adventure — the seminal 1970’s text adventure game credited with inspiring Zork, Rogue, and other formative PC games, as well as for laying the groundwork for the PC role-playing genre as a whole.

Titled Colossal Cave 3D Adventure, it is a first-person adventured designed in Unity for VR and PC. Like the original, the underlying concept is relatively simple: players explore a cave seeking treasure, encountering characters along the way including a troll, a bear, a snake and a pirate. The quest, apparently, is to “find all the treasure.” The reimagined adventure will be challenging and will feature a “wide variety of puzzles to overcome” in a “completely immersive 3D world” with more than 143 locations.

According to Ken Williams, the creation of Colossal Cave 3D was spurred by the boredom of quarantine during the COVID-19 pandemic.

“While locked down by the pandemic I wrote a book about the old Sierra days. Its success surprised me and brought back many memories of our days making games. This led me to investigating how modern games are made and I just started coding using the Unity game engine for fun,” Ken Williams said in a statement.

“I was looking for something interesting to code when Roberta suggested Colossal Cave. Roberta started to work adapting it to 3D, and I assembled a team. As we dug deeper and deeper into the game we discovered layers of complexity that explain why the game became such an industry phenomena. It has action elements, humor, a scoring system, adventure elements, interesting characters, a huge world to explore and more. This is truly a game that will delight a new generation, and 100% different than anything I’ve seen in the market today.”

Ken and Roberta Williams were pioneering adventure game developers in Sierra On-Line. They retired in 1999 but are now returning to games for the first time in more than 20 years.

Colossal Cave 3D Adventure will support VR via the standalone Quest 2 headset, which was suggested by one of the team’s artists.

“At first, we thought it would be a simple effort but quickly realized that VR is not as simple as just running the same old game on a new platform. Major design changes were required, and all graphics had to be thrown away and started over. Was it worth it? YES! Anyone who plays the VR version will be blown away. It is really staggering when you enter the cave,” the pair wrote.

It has been more than two decades since Ken and Roberta Williams last made a game, but their reputations remain legendary in the games industry. The couple married at 19 and went on to pioneering careers at Sierra On-line, where they were famous for their work on the King’s Quest series and a host of other classic games, most of them point-and-click adventures. IGN ranked the pair among the 25 greatest game developers ever in 2009.

The pair announced their return to gaming last year, where they said they would be working on a “Sierra-flavored” game. Titled Cygnus Entertainment, the new studio is entirely self-funded.

Cygnus is planning to release Colossal Cave 3D this summer. It will be available on the Quest 2, PC, and Mac, with additional platforms also in consideration.