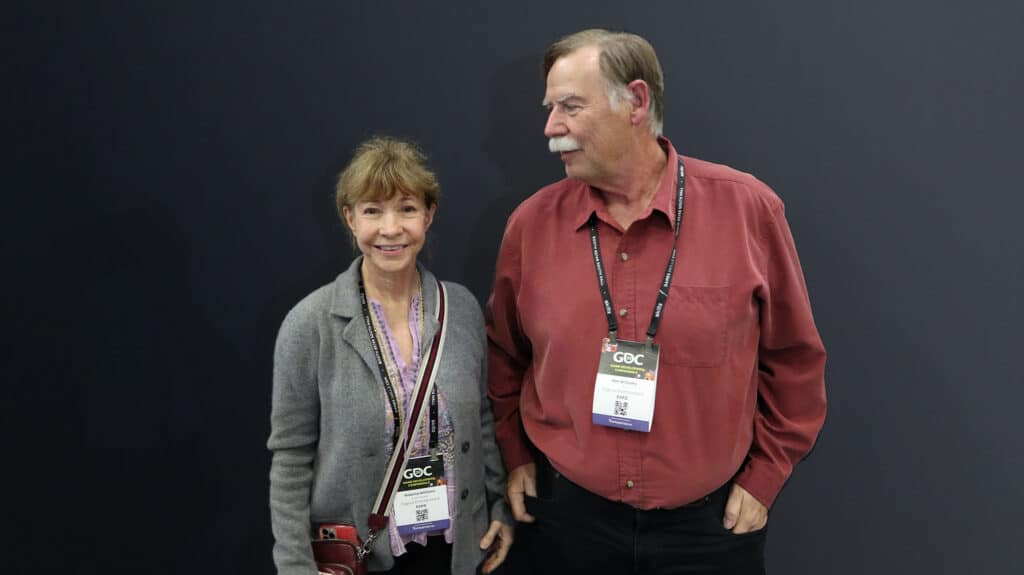 No fear of Colossal failure: “If this game sinks, it ain’t gonna change our life at all.”

SAN FRANCISCO—Legendary game programmer Ken Williams needed only a moment to chew on my question. He and equally famed game designer Roberta Williams had set themselves up for the query by recounting a principle from their time at Sierra On-Line, the video game company they founded that revolutionized PC gaming in the 1980s and ’90s.Sierra games, they said, stood out because they were built “with blinders” from the rest of the games industry. Nobody worked at competitors’ companies; nobody played competitors’ games. And after each Sierra game’s release, its individual sales record would determine the budget and scope of the lead designer’s next game.

I asked how that math works for their new, out-of-nowhere game announcement in March 2022, Colossal Cave 3D. This reimagining of the first text adventure, the one that Roberta eventually modded into her classic 1980 game Mystery House, is about as detached from her designs in Sierra’s heyday as it can be, mostly due to its shift into (optional) hand-controlled VR adventuring. Does Sierra’s founding principle about budgets and production scope still apply if a lead designer’s “last game” launched over 20 years ago?

Ken paused for a beat, then made a wholly different point. And he isn’t necessarily wearing blinders about the game industry’s modern view of classic game makers.

“I’ve seen where Sierra alumni and others have made a comeback and have done kind of a less-than-perfect game,” Ken said. “And we don’t want to do that. We’d rather throw it in the garbage than do something that ain’t—”

Here Roberta interrupted, as she was apt to do in our conversation, by saying, “It has to be good.”

“It’s got to be good,” Ken agreed.Advertisement

Ken noted that this project is far from the days of Sierra running a megaton game-sales business, and he was blunt: “For us, it’s not really about the money. If the game sinks or swims, it ain’t gonna change our life at all. So it’s really about, you know, honoring the original designers’ legacy.”

Before choosing a classic game to re-create, the Williamses weren’t necessarily aiming to get back into commercial game design, even when the COVID-19 pandemic left a lot of lapsed creators and artists looking for things to do. Ken and Roberta each began the pandemic working on their own books—his, the history of Sierra On-line; hers, a historical fiction dive into mid-1800s Ireland—only to realize that worldwide lockdowns hadn’t necessarily lifted by the time they were each done with their projects. “We’re both very type-A people,” Roberta said. “We have to be busy with challenges and doing.”

Ken had finished his book while Roberta was wrapping up her own, and during that overlap period, Roberta noticed Ken filling up the screen of their home theater with game programming interfaces and tutorial videos. “I finally questioned him” after seeing this trend repeat over a few days, Roberta said.

After talking about Ken’s decision to learn the Unity programming language, she motioned to Ken. “Explain what your game design was,” she said.

Rather than repeat Roberta’s brief explanation (“he wanted to keep his old programming skills fresh”), Ken said his return to programming began with educational software. “If you’re a kid now and don’t know how to program when you grow up, you’re gonna be in deep trouble,” Ken said. “We’re shifting away from factory work. So I just like the idea of teaching kids to program because I’m a programmer. I think everybody has to program.”

So he began work on a possible revival of the Sierra series Dr. Brain—”and [Roberta] said that was a stupid idea,” he quipped. A laugh-filled back-and-forth ensued:

“Well, you gave me that impression!”

Ken then faced me, saying, “She got all down in the dumps.” Eager to get my eye contact back, Roberta looked at me and said, “No, I just said, ‘Is it fun?'”